Clarence E. "Vic" Vicroy, age 86, passed away on Thursday, March 4, 2010, at his home. Beloved husband of the late Eileen Y. Vicroy. Father of seven daughters: Jane Scott, Beverly Kozelka, Mary Vicroy, Catherine Stratton, Ann Ribbeck, Theresa Vicroy and Valerie Vicroy. Grandfather of Matthew, Travis, Christopher, Mark, Jennifer, Mary Catherine, Anna, Kelly and William. Great Grandfather of Hunter. Brother of Dorothy Vicroy and Jane Ricciardelli.
Born in Philadelphia, PA, and raised in Honolulu, Hawaii, Vic traveled extensively in his adult life. Vic's 42 years in Government was divided between military and civilian service. Vic was at Pearl Harbor with his dad, who was a U.S. Navy submariner, on the morning of 7 December 1941 and soon after joined the Army Air Corps. He flew in B-17s in the European Theater during WW II as a navigator/bombardier, and remained in the service after VE Day. He served in the U.S. Air Force in Air Sea Rescue and in the Air Weather Service, retiring after 21 years of service in 1964 as a Lt. Colonel. Vic's civilian career was marked with two major achievements: the opening and operation of the Slidell River Forecast Office in the early 1970s and being selected to lead one of the most complex National Weather Service forecast offices in 1983. Recipient of many awards, including the Dept. of Commerce Silver Medal Award for scientific achievement, he retired from civil service in 1985. Vic and Eileen chose Slidell in which to retire and they worked diligently to help build their church. Vic felt his greatest accomplishment was becoming a Deacon in the Catholic Church and serving at St. Margaret Mary from 1983 to 1997. Vic was a volunteer Deputy Sheriff, amateur radio operator and aspiring cook. He also enjoyed traveling, classical music and reading. Relatives and friends of the family are invited to attend the Funeral Mass at St. Margaret Mary Catholic Church, 1050 Robert Blvd., Slidell, LA on Wednesday, March 10, 2010 at 3:30 PM. Visitation at the church from 1:30 PM to service time. Interment in Biloxi National Cemetery on Thursday, March 11, 2010 at 11:00 AM. Arrangements by Honaker Funeral Home, Inc., Slidell, LA. 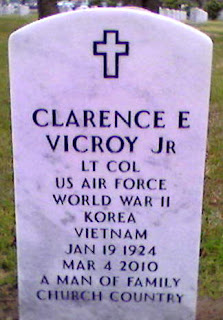 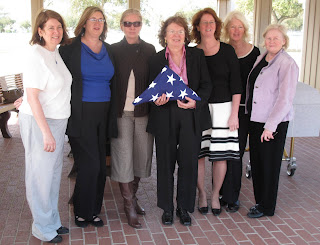 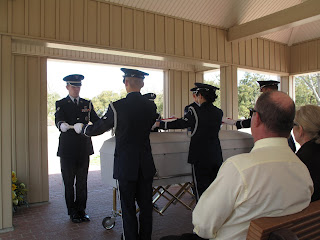